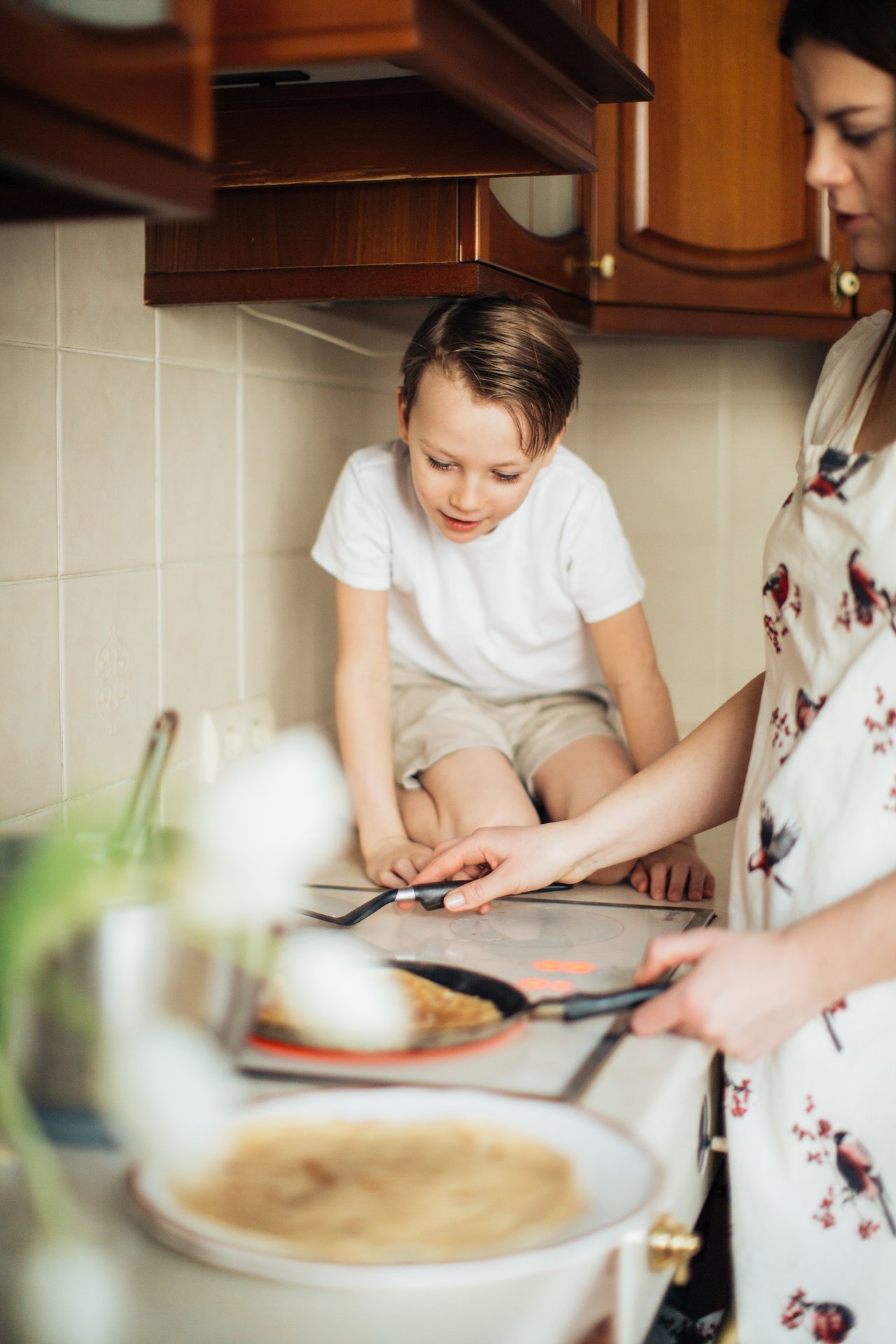 ” A teachable moment is an unplanned event during the day that adults can use as a learning opportunity for kids. When a child displays an action or behavior that can be used as a learning tool, parents and providers should capitalize on the moment, and provide the opportunity to extend or expand the child’s learning.” – Susan Baxter (Early Childhood Education Instructor)

A few weeks ago, my 5 – year old asked me if she could paint. I nodded in agreement to her request and she left to set up her table. I got busy doing other things, when she announced to me that she was done with her painting. She showed me her painting with a large smile sitting on her face, while I gave her thumbs up for a job well done.

I had to step outside the house to attend to a visitor, but returned to my older son asking his sister, what she did to the paint brush. Obviously, she was cleaning up her paint brush and bowl at the sink, when she switched to her curious side and pushed the paint brush into the drain – I guess trying to find how far it could go.

I almost lost it at that moment shouting, but somehow I remained calm and scolded her. I asked her why she had to put the brush inside the drain, she had no answers. I looked at the sink and could see the brush in the drain, but had no clue how I could get it out. I was just angry and walked away.

I sat in the living room and turned my mind away from what had just happened. But I could hear my children moving up and down the house speaking to themselves, my son telling his sister this, ‘ We can remove it. I just need the right tool and you will hold the flashlight for me’.

My 10 – year old son then came in and took one of my beading pliers, while my daughter held a flashlight following him closely behind.

Some minutes later, I heard my son announce with a loud voice, ‘ Mummy we have brought the paint brush out.’ ‘Really’, I said from where I was. I got up to meet them mid-way and saw the excitement on their faces – with my son saying to his sister , ‘ You see. I told you we can do it and we did it.’ I was very impressed at how they were able to solve the problem themselves.

Rather, than let a teachable moment slip away, I began by commending how they approached the problem. I commended my son for showing leadership and support to his sister. I appreciated him for not leaving his sister to her fate, but rather choosing to support and help her find a way to solve the problem.

I asked my daughter to say thank you to her brother and explained to her why she must not put things into a drain. I proceeded to share with them three things to learn from the experience.

1. You must always be there for your brother or sister. Do not mock them when they make mistakes. Be a strong support and a happy helper always just like you did right now.

2. Together as a team, you can always achieve more. You always have something to give or bring to the table. I explained that his sister holding the flash light for him made him see and work faster. And that him deciding to try to bring the brush out, he was teaching his sister how to solve problems.

3. You can do anything when you put your mind to it. And that it starts with believing that you can. I commended them once again and gave them both hi-fives.

Later that day, I taught about how I could have missed that teachable moment with my children. I could have shouted down the house or even punished her and ended up achieving nothing. But being able to walk away gave me a moment to learn more about my kids and teach them some valuable life lessons.

And this is why teachable moments are very important in your journey as a mother. In those teachable moments, you can provide meaningful explanations to your child on various topics, you can start conversations and get to know what is going on in your child’s head, you can expand on topics you want them to learn about and you can teach them valuable life lessons.

But it all begins with your desire and ability to discern when those teachable moments come your way.

Will you look beyond those frustrating and overwhelming moments today and see a great moment to teach and impact your child for a lifetime?

” Once you put yourself on the lookout for teachable moments, you will find them everywhere.” Kara Durbin

Hi Mums! I am Ufuoma and I am a mom of two priceless treasures. I am also a wife to an amazing man, a blogger and writer. I help mothers find inspiration, hope and purpose in their motherhood journey.