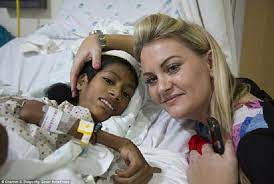 As we crave for a better world and the need to feel a touch of kinder humans, let us remember that compassion is a powerful tool that can create change in the world.

“True compassion means not only feeling another’s pain but also being moved to help relieve it.” — Daniel Goleman

I once read about a young boy from India named Mahendra Ahirwar who suffered from a rare condition called congenital myopathy. This condition made his neck muscles weak, leaving his head hanging at a 180-degree angle. He was bathed, fed and dressed by his mother. He also could not go to school like other children his age, because of his condition.

And then I read about a woman, a mother who lived faraway in the UK. This woman named Julie Jones  was touched by Mahendra’s story and decided to do something about it. She went on to set up a crowd-funding page for Mehandra in a bid to raise money for a surgery that could give him a new lease of life. Within 28 days, the page had raised 12,000 pounds.

It is amazing to think that two continents apart, yet the power of compassion is felt deeply in a story. It simply flows from one woman’s heart to a young boy’s heart in Asia. Mehandra eventually had the surgery and was able to sit with his head hanging upright. 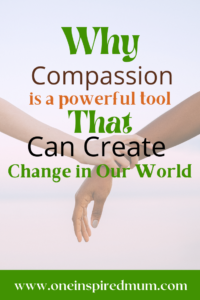 He spoke these words after his life changing surgery:  ‘I had no hope of getting better in life but now I’m ok  and my dreams have risen up. I want to be successful in life now.’ Unfortunately Mehandra passed away 13-months after his life – saving surgery. But we can never forget  Julie Jones, the woman whose heart felt this young boy’s pain and was moved to help relieve it. Her compassionate act gave Mehandra a moment of untold happiness and created a change in his once very bleak world. She also gave him new hopes and dreams even though it was for a brief time. 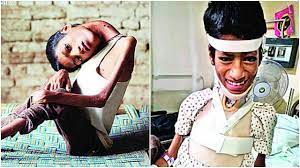 It is true that we maybe two worlds apart, different in the colour of our skin and even in our beliefs. Our languages may not even sound alike, yet compassion can break those boundaries and help us to see each other through the eyes of love.

All around the world, there are thousands of children who go through each day without getting an education. Young children alongside their families are daily fleeing their countries and cities because of war and terrorist attacks. Children are dying from diseases that already have cures and interventions.

Many are broken and wounded by the hard blow life has dealt them. There are also cases of high mortality in children and maternal mortality deaths in developing countries. Now more than ever is the time to fling open the doors of compassion in your heart.

Perhaps, a word, a gift, a hug, a smile, a donation, a prayer and your influence can light up someone’s world and create the change that man, woman or child is seeking for.

And it may just be that, as you are moved to do something – a little child’s future becomes bright, a woman is saved during childbirth and a slight deformity is corrected just because compassion flowed from your heart to another. And this is why compassion is a powerful tool that can create change in the world.

Will you activate the flow of compassion in your life today?

“Compassion is an action word with no boundaries.” — Prince