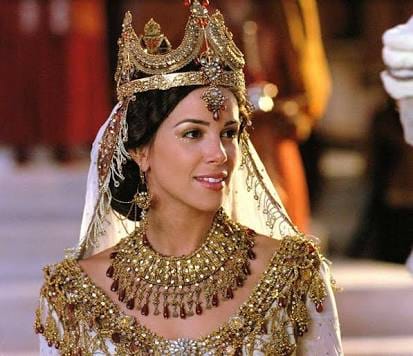 Have you ever met some children display such great confidence? And then you wonder, who raised this child? Or perhaps you met a child or teenager whose sound character and  you speechless? And then you ask, who are your parents?

I once sat with a group of people having a conversation and I gave a totally different viewpoint while others toed a particular train of thought. I was only reflecting some things I learnt from home and this made me look different.

Someone once told me about a teenager who stood out in an entire class. The teacher commented that this teenager was so mature and different in her approach. People noticed and it stood her apart in the crowd. And somebody raised her right.

There was a young girl named Esther in the Bible. She rose from being an orphan to becoming a queen in her time. She is perhaps remembered for one of the most profound statements in the bible, “If I perish, I perish.”

She spoke these words when she was about to go in to meet the King in a time when it was forbidden to do so.

She damned all the consequences and went in because she had to fight to save her people.

Her uncle had earlier told her that if she did nothing to fight for her people, deliverance will arise from another place and that she and her father’s house will be destroyed.

This young woman found her purpose in the words that her uncle spoke to her. She steps into her purpose and fights to save and preserve the lives and generation of her people.

And yes, she did.

But she was an orphan who was raised by her uncle Mordecai. This parent figure in her life had put a lot of passion into raising a child that was not his.

He taught her obedience, he checked up on her always and he challenged her to stand up always and fight for a good cause.

What was it about Esther that commanded favour?

What was it that moved Esther from unknown to a person of influence in her generation?

Think about the man who raised her.

1. You must always check up on your children.

As a parent, you must be committed to know how your children are doing at all times (spiritually, emotionally and academically). You must care for them and care to know what will become of them.

The bible says, Mordecai walked everyday before the court of the women’s house, to know how Esther was and what would become of her.

His adopted daughter was amongst the young women who were chosen to become the next queen.

She was about entering a new phase in her life. He did not abandon her but rather checked up on her daily to know how she was doing and what choices she was making.

Are you checking up on your children daily?

Do you know what they are up to right now?

Have you left them to make poor choices in life?

Are you acting as a true guide to help them navigate life wisely?

2. You must guide your children towards their God-given purpose.

Mordecai acted as a guide and led Esther into her purpose. She was a queen and had every right to be comfortable with where she was.

But no, this parent saw something greater and challenged her with his words. He told her that perhaps she was born for such a time as this- to defend and save her people.

Esther steps into a place of leadership and purpose and makes the statement, ” I will go in to the king and if I perish, I perish.”

A parent named Mordecai pointed Esther to her life’s purpose.

What words are you speaking to your children?

What actions are you taking today to lead your children towards God’s purpose for their lives?

3. You must teach your children the importance of leaving behind a good name and legacy.

Did you know that there is power in a good name?

You will always remember the name of someone who lived a good life and made an impact.

Mordecai told Esther that if she stood back and did nothing about the evil that was about to befall her people, her and father’s house will be forgotten.

He showed his child that this was her opportunity to make a difference and a chance to preserve her name forever.

Esther walked out of her comfort zone and with fierce courage, took a step that
eventually put her name in the history books for good.

Today, when you read through the Bible and encounter Esther’s story, you see that you too can be bold, courageous and that you can make a difference with your life.

This is her legacy. This is her story. This is what happens when you teach a child the importance of leaving behind a good name and legacy.

Will you teach this to your child today?