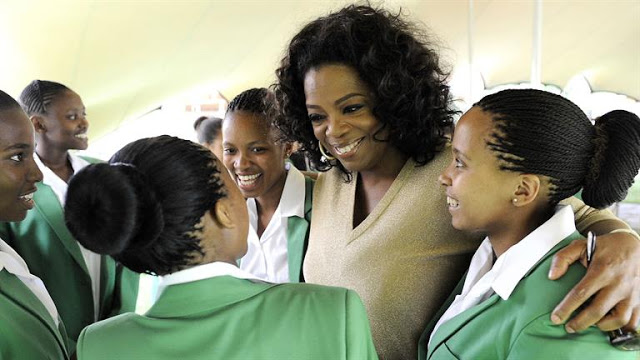 What happens when a woman who has interviewed some of the world’s  most powerful and influential people, meets a simple nun whose daily interaction is with the poor, hopeless and broken?

What happens when two women choose to serve the world with their uniqueness and bring light and life to many broken lives?

What happens when Oprah Winfrey meets Mother Theresa? You get a clear mix of the heartbeat and passion of motherhood.

When Oprah meets Mother Theresa, hope comes alive and dreams are reborn. One woman gave herself and served the poor till her death, the other woman is still giving herself and sharing her wealth with the world.

Mother Theresa said: ” If you can’t feed a hundred people, then feed just one”, and Oprah says, “What material success does is provide you with the ability to concentrate on other things that really matter. And that is being able to make a difference, not only in your own life, but in other people’s lives.”

When Oprah meets Mother Theresa, motherhood breaks boundaries, it goes beyond being a mother to your biological children, it becomes mothering from the heart and serving the world with who you truly are.

When Oprah meets Mother Theresa you get a clear mix of passion and love in abundance to shape, lift, nurture and build other lives.

So when you think of Oprah Winfrey and Mother Theresa, think of motherhood beyond boundaries, think of women who chose to impact the lives of children in search of love and hope, think of being a mother who will influence and shape the lives of the next generation positively, leaving footprints in the hearts of many forever.