Skip to Content
Home / Motherhood / When Mothers Pray – Will You Give Your Child/Children to God Today? 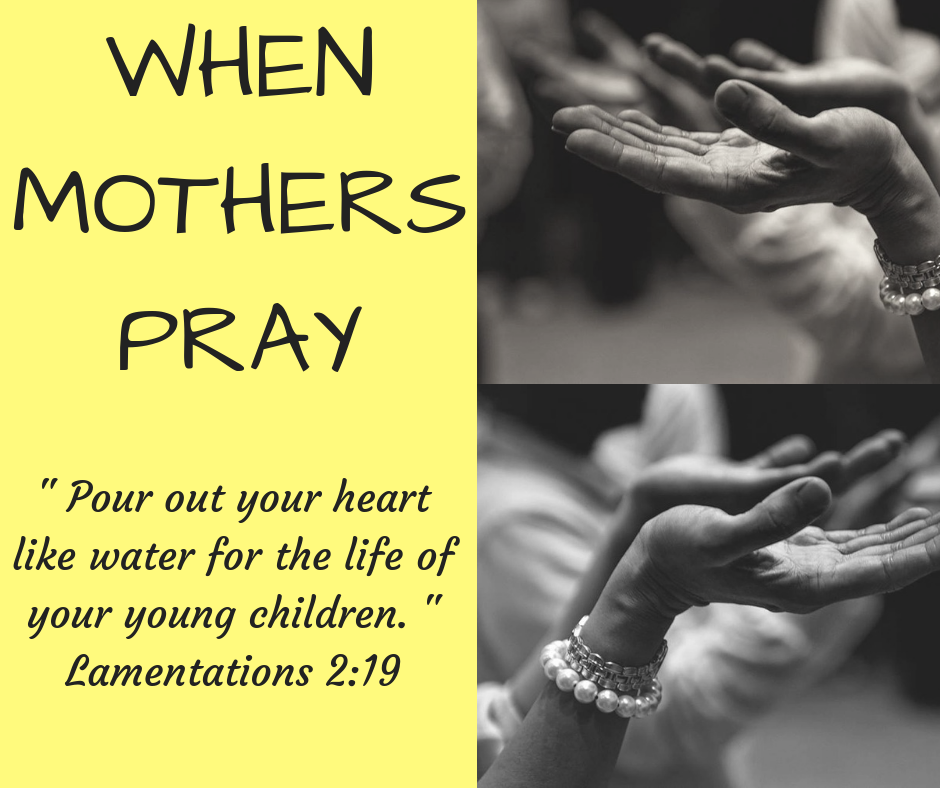 How does a woman give away easily something she has asked for her whole life?

How does a mother let go of a child she has prayed for many years unending?

How does a mother ‘let go and let God’ especially when it is a child you have waited for all your life?

You will recall the story of a woman called Hannah in the Bible. She was married to a good man but was unable to bear children.

Days turned into months and the months became years. And then she still had to endure the mockery from her fellow woman.

Hannah was burdened and her husband lacked the right words to console her. Yet she clinged to her hope in God.

But on one of her family’s visit to Shiloh ( their place of worship), she separates herself and pours out her heart to God. She was all alone and she spoke to God from the deepest parts of her heart.

Her lips moved with no words heard. Her head swayed from side to side with her eyes tightly closed. Tears streamed down her eyes like rain droplets.

Her countenance was like that of a mother who just lost her only child. She groaned and sighed intermittently until the priest ‘s words nudged her back to reality.

‘How long will you be in this drunken state woman?’, he asked. She opens her eyes widen and says to him, ‘I am not drunk. I am only a woman with a sorrowful spirit who has come to pour out her heart before God.’

This is where I am going.

Shortly before the priest showed up, Hannah made a vow before God. She said to God, ‘If you will give me a son, I will give him to you all the days of his life.’ 1 Samuel 1:11

And yes, she did. She returned to God several months later with that son and spoke these words which I believe every mother should take in and ponder.

“I asked the Lord to give me this boy, and he has granted my request. Now I am giving him to the Lord , and he will belong to the Lord his whole life.” And they worshiped the Lord there.” 1 Samuel 1:27‭-‬28 NLT

Did you see that? She said that she was giving him back to God and that he will belong to the Lord as long as he lives.

You asked God for that child and he gave it to you. You may have gotten your children easily or you may have waited a while for them to show up. But now that they are here, how are you giving them back to God?

Do you believe that when you give your child/ children to God, it will pay off later in life?

What does it even mean to give your child to God?

Here is what it means.

You give that child/children to God by

– acknowledging that they belong to God.
– trusting God with their future.
– raising them God’s way.
– teaching them values.
– releasing them into God’s hands.
– being the God-like example in their lives.
– praying and interceding always for them.

That is what giving your child to God looks like. Hannah sacrificed a child she had waited for her whole life. She let him go and walked away with a thankful heart.

Israel had a great leader in Hannah’s son, Samuel. You read about a just judge and a man whom God spoke through and gave wise counsel in his lifetime.

Hannah’s sacrificial act blessed Israel with a great prophet. Her moment in prayer in that dark season of her life, birthed a son, Samuel who became a light in his generation.

Will you give your child/children to God afresh today?

Will your child/children belong to God in their lifetime?

Will you make a commitment to raising them God’s way?

Will you always go down on your knees to pray and intercede for your children?

And this is what happens ‘When Mothers Pray’

You give your child/children daily to God.

You make sacrifices for them on God’s altar.

You travail in prayer to birth their destinies.

You shed tears in worship for their future.

You let go and you let God take charge of their lives.

” Your children are not your children. They are the sons and daughters of life’s longing for itself. They come through you but not from you and though they are with you, yet they belong not to you. ” Khalil Gibran