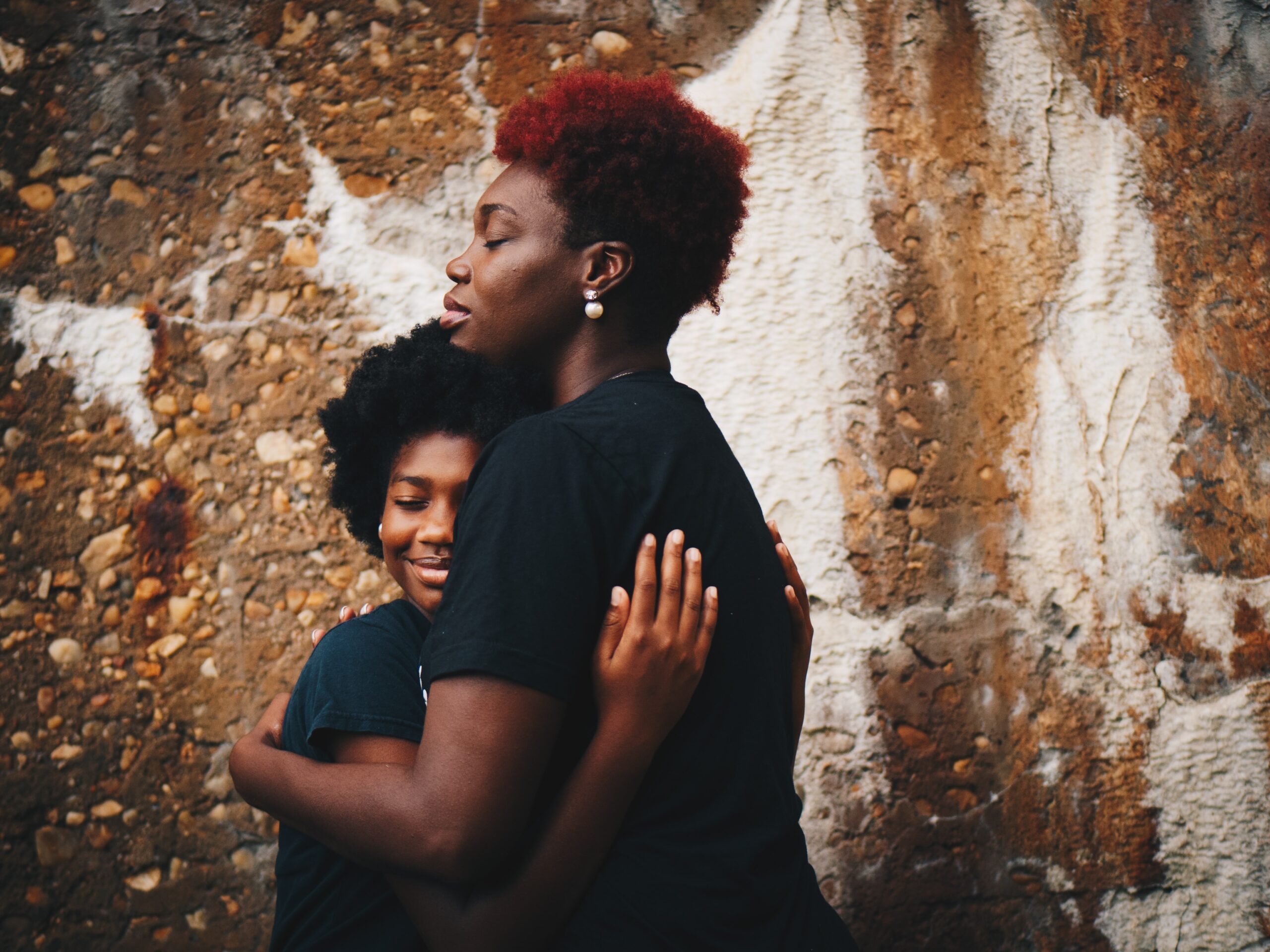 “Na suffer I come for this world.

Na you bring me here to suffer.

Na life be this. You sef look my life.

See as I don old finish. Everyday na struggle struggle. Which time I go enjoy this life and marriage wey you bring me come? ” ~ Pidgin English

” I am here in this world to suffer.

You brought me here to suffer.

Is this life? Can you take a look at my life?

I am looking stressed and old. I work and work too hard every single day. When will I even enjoy this life and marriage you brought me into? ” ~ English

Mummy D spoke those words angrily at her husband in the wee hours of the morning, while night creatures found their way back to their hiding places, and early risers jumped off their beds, ready to face the challenges of a new day. The silence of the morning had given away the privacy of their conversation.

She was up and ready to leave for the market where she bought the small food items that she sold everyday. This had been her daily routine for years, especially when life had dealt a hard blow on her family, when her husband lost his job.

Her emotions had betrayed her that morning and she could no longer hold it in. So she lashed out at her husband with tears streaming down her face like rain droplets from the sky, as she walked outside the door of her home into the fading darkness of a brand new morning. Her husband sat still with his head between his hands, broken from her words.

Mama E was a single mother with four children whom she adored. She struggled through each day to make ends meet and put food on the table.

Her marriage had fallen apart and she made the decision to leave her marriage for good. She walked away with three of her children, while her heart was shattered to pieces when her eldest daughter refused to go with her. She taught children loved to be with their mothers. But she was wrong.

It is a few years down the line, and whenever she travels to her home town in Ogun state, her daughter still acts like a stranger to her, living her in disbelief as to how a child she carried in her womb for 9-months could act like she had no mother.

So, she would sit staring blankly into space on her less busy days, her thoughts in a faraway land, while her body ached from the daily walks in the popular Ketu market in Lagos. She always wanted to get a good bargain, so she would walk the length and breadth of the entire market just to get a fair price. Her pain multiplied with each day, and she began to have severe headaches and palpitations in her chest.

The doctor at the local health centre declared her hypertensive. She was young but now had to take drugs every single day, just to make her blood pressure normal, while still working hard to provide and care for her children.

Mummy J peeped through her window and saw two of her very good friends walking towards her house. She wondered why they had to visit her this early. It was not yet 6am. The sun was still breaking forth through the dark clouds from the night before.  ‘Maybe they came to ask about her daughter who was rushed to the hospital from work the previous day’, she muttered between closed lips.”

Her husband had seen their daughter at the hospital last night. He came home late and said she was responding to treatment.

But she began to feel her heart beat loudly against her chest, the moment her friends stepped into her home. Their countenance had given them away. And without a single word spoken, she dashed out of their apartment screaming, while the wrapper she tied loosely against her chest, fell off her body and flew away with the wind as she ran, giving away her naked frame to the world around her.

Her friends caught up with her, covered her and led her back home. Then the tears came down like a river. She was inconsolable. She wept for her dead child. She wept at her country’s healthcare system that had failed her twice. ‘So, she would bury two grown children in her lifetime’, she uttered to no one in particular, as the reality of her daughter’s death stared her in the face.

One had battled a heart disease all her life and the finances to make the correction to her heart was not available. But they lived with the hope that help would come her way someday. But Alas! She was gone with her dreams and what her life could have been if only quality and affordable healthcare was at her reach and part of her nation’s priority.

The other had gotten a late diagnosis of cervical cancer after months of living with a wrong diagnosis and treatment for another ailment. She passed away too very young and with nothing to show that she walked through the earth. Those were the words she told her mother before she drew her last breath.

So not once, but twice, Mummy J had to watch life slowly leave her children until they drew their last breath and bade the world goodbye too soon. And now she was left alone to carry on with life and nurse this deep pain that will never leave her heart forever.

What about Mummy A, whose husband walked away leaving her to cater for four children on her own. She struggled to give them a good education from her earnings as a government worker.

She battled high blood pressure as well and once said to me, ‘ No one will know what it feels like to be all alone. I have no one to share my pain with and no one to pour out my heart to in the dead of the night, when couples are cuddled up in deep embrace and share snippets about their day. But I am daily surrounded by silence and the many voices in my head. But I must stay strong and continue to be a mother and father to my children.’

And there’s Wunmi, the young pregnant wife who lost her life during childbirth. She grew up in a rural community and had no knowledge of how a C-section could save the life of a mother and child.

She had joined others in prayer to forbid being cut open to deliver her child. The pastor had told them that a C-section was the devil’s plan and that God’s plan was for them to deliver like the Hebrew woman.

Her ignorance had become her pathway to the great beyond. She did not know that she had a small pelvis and had laboured for days at the traditional birthing home.

She began to bleed uncontrollably and was rushed to the hospital, but she died on the operating table as the doctors carried out an emergency C-section to save her life and that of her child. But she died and her baby survived, now left alone without a mother whose love and heart no one can replace.

And there are more like Mummy Chinwe and Mummy Kelechi who work demanding jobs to support their families. They have to work because the home cannot run on one source of income.

They barely even see their children because they leave home before dawn and return late at night, thanks to the horrifying traffic in Africa’s most populous city.

If only there was a solid transportation system, they would spend less time commuting and be home early enough to spend more time with their children. But they keep moving, living with the silent guilt of having to leave their children at the mercy of nannies and creches.

But this is what motherhood looks like in the trenches of a third world country.

In this place, some mothers have taken the place of men as head of their homes, working hard every single day just to keep the family going and put food on the table.

In this place, many mothers labour hard under the sun and in the rain just to make enough money to give their children a sound education.

In this place, mothers are aging quickly due to the demands of catering for their families while doing stressful jobs and earning meagre salaries.

In this place, religion has become an escape from the fears and demons that seem to plague its citizens, many of her victims being mothers and women who are yet to find their true identity and place in this crazy world.

In this place, quality healthcare remains only in their imagination, while they are left to pray away sickness daily and make do with what is available in a health sector struggling to stand on its feet.

In this place, women still die at childbirth, while we watch the world move on with advanced technology and we are left alone with motherless babies whose deaths would have been prevented with the right measures put in place.

But maybe I should also let you know that,

In the trenches of this third world country, it is about survival of the fittest, where only the strong survive, because preys abound and are ready to tear you apart, leaving you broken and wounded for many years to come.

In the trenches, it is about the fighter and warrior spirit in a mother, which keeps her moving forward irrespective of the challenges that may come her way.

And there is more in the trenches of this third world nation, because this is what motherhood looks like too.

Courage in the midst of life’s storms.

Determination in a dark and scary place.

Hope in a desert place.

Faith in the presence of great obstacles.

Selflessness in a place of lack.

Character in a world where values have taken the backseat.

Purpose in a place of confusion.

Love in a broken and distorted world..

So if you have ever walked the streets of a third world country or met one mother from that part of the world, remember to give her a hug, a pat on the back and a word of encouragement.

And if I may ask, can you tell us what motherhood looks like to you in your part of the world?