Skip to Content
Home / Faith / Dear Mother – What Can You See About Your Child? 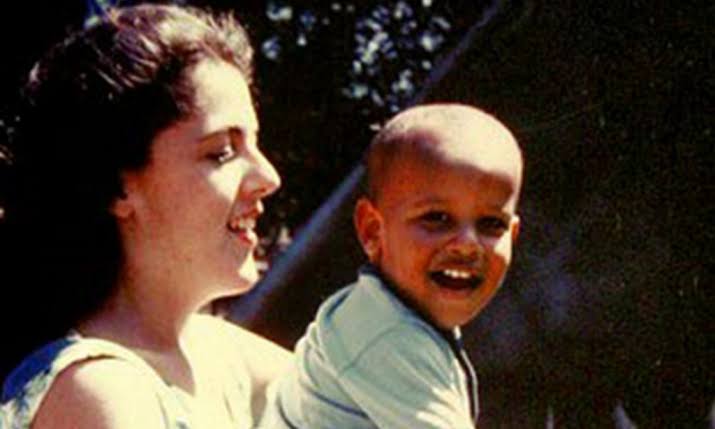 “The invariable mark of wisdom is to see the miraculous in the common.” Ralph Waldo Emerson

What can you see about your child? Let us go back and look into the life of a woman and mother, called Jochabed.

Can You Perceive Something Great about Your Child?

Jochabed was the mother of Moses, one of the finest prophets and leaders to have walked the earth. “And there arose not a prophet since in Israel like unto Moses, whom the LORD knew face to face.” Deutronomy 34:10 KJV

Moses was born in a season when an oppressor was in the helm of affairs over the nation. The leader at that time was Pharaoh, and he gave a command that all the newborn sons of the Hebrews be destroyed. He was deliberate about wiping out all the male children born to the Hebrews at that time.

However, it was in this same season that a woman called Jochabed got pregnant and had a son. And the word of God clearly states that this mother saw that there was something special about her son.

Different parts of the Bible give expression to what this mother saw about her child using various words. Some of which are goodly, fair unto God, proper and beautiful are some of the words used to describe the baby Moses.

But  a statement made by Jochabed that cannot be easily forgotten is this – she saw that there was something special about this child. This takes us back to the question at the beginning – What can you see about your child?

What Has God Revealed to You About Your Child?

There was definitely something that this mother saw about the child God had given her. What she saw provoked her next course of action with respect to her child. The bible says she hid him for three months.

“Children are God’s opportunity to transform a family, a people, a nation and a generation. ” Sam Adeyemi

Every child that comes into the world is not just a child, but an answer to problems and crises in their generation.

Whether it is in the place of leadership, innovation, influence and service to humanity, it is important to know that there is something special about your child and that he is here as an answer and solution to life’s deepest longings.

Can you see that your child maybe the one who hundreds, and perhaps thousands will turn to for wisdom and direction tomorrow?

The 44th President of the United States , Barack Obama once shared some values his mother taught him. And they are listed below in no particular order:

1. Be kind and be useful and caring about people who are less fortunate than you.

2. Be a peacemaker rather than an instigator.

3. Try to lift people up instead of putting them down.

It is good to note that when his mother taught him these things, she probably never knew that she was raising a son that would later become one of the most influential leaders in the world.

And that those values would shape the man that he would become and aid him in a place of leadership. But one thing was sure, that in those formative years, she probably saw something special in her son, and what she saw probably guided her parenting values and decisions. 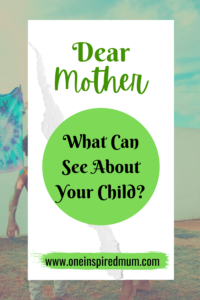 What are You Seeing About Your Child?

“We are all meant to shine, as children do. We were born to make manifest the glory of God that is within us. It’s not just in some of us; it’s in everyone.”

You can read the full poem here.

Every child is born to make manifest the glory of God that is within them. God never sends a child into the world empty. And his word tells us that we have this treasure in earthen vessels.

“Your child is a carrier of heavenly treasures, potentials and gifts.”

There was a mother named Jochabed, who saw that there was something special about her child. His life was being threatened, his future and destiny was in jeopardy because of the king’s declaration that all male children born be killed. But this mother steps into uncommon wisdom, finds courage and takes a risk to secure the future of her child.

“When a mother can see what God has called her child – courage enters her heart, wisdom becomes a force and she is willing to take risks to protect the destiny and future of her child.”

This is what Jochabed, the mother of Moses did. She went against culture and the dictates of the world and took a stand to protect the seed God had committed into her hands. Why? Because she saw that Moses was a goodly child.

The man Moses is the result of a mother’s discernment, courage and determination. His mother, Jochabed was discerning, fearless and intentional about protecting the seed God had given to her.

You get to read about a man named Moses who will later play a major role in the liberation of God’s children from a bondage of over 400years.

And if you are lover of Bible stories, you are exposed to an inspirational character in the bible who teaches us effortlessly about leadership, courage and walking with God.

Moses, the son of Jochabed was a man who trusted in God and knew him face to face. His response to God’s call, voice and instruction gives us one of the greatest miracles in the Bible – the parting of the Red Sea. A miracle that has gone on to inspire generations showing us that there are no limitations and impossibilities with God.

However, it all began with a woman and mother called Jochabed and what she could see about her child.

So, can I ask you this one more time –

What can you see about your child?

“May our eyes as mothers always be open to see the uncommon, the greatness, the extraordinary and the limitless potentials God has put in our children.”