Skip to Content
Home / Motherhood / Motherhood Lessons From the Cross – Is There Hope for The Weary, Hurting and Tired Mother? 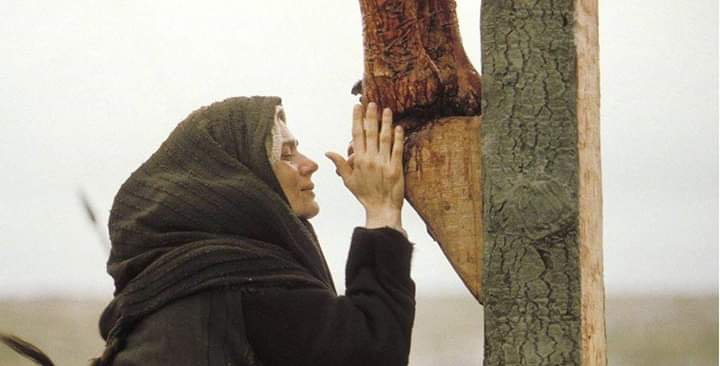 Nothing can be more heart wrenching for a mother than this…..

To watch her child draw his/her last breath. This was her breaking point.

She witnessed firsthand how he was betrayed by one of his own. She watched in pain as he was despised and a criminal chosen in his place.

She watched as many spat in his face. She saw them force a crown of thorns carelessly on his head. She looked on as they cast lots with his garment.

She saw him carry the cross and wished to take the weight off his shoulder. Her heart leaped in pain, as she watched them drive the nails through his hands.

She clenched her chest hard, with tears rolling down her eyes. Was this really her son?, she asked those around her in deep anguish.

She stood near the cross and wept uncontrollably. She was broken beyond repair. She was wounded in places no one will ever understand.

The tears filled her eyes afresh as she heard men mock and scorn him. His face was splattered with blood. His body tired from the pain.

He was her son. He was the son of God. She was his mother. But her motherhood came with a high price. She looked on in pain as words failed her at this time.

But just at that moment, something happens.

“But standing by the cross of Jesus were His mother, His mother’s sister [ Salome], Mary the wife of Clopas, and Mary Magdalene.

So Jesus, seeing His mother, and the disciple whom He loved (esteemed) standing near, said to His mother, “[Dear] woman, look, [here is] your son!”

Then He said to the disciple (John), “Look! [here is] your mother [protect and provide for her]!” From that hour the disciple took her into his own home.” JOHN 19:25‭-‬27 AMP

He gives her hope in her weary state. He gives her faith in her brokenness. He does not leave her in her pain.

He goes on to ask her new son to always protect and provide for her. And then he draws his last breath shortly after saying, “It is finished”.

At the cross, a mother wept as she watched the world sentence and kill her son.

But at that same cross, she found a new hope, a new song and a new faith. She found courage and purpose from the lips of her son who died to save mankind from their sins.

He died to give us a new life. He died so that we can become daughters and sons of God.

You maybe that mother whose faith has been tried so much, and you are presently about to give up.

Will you turn to the son of God today and find grace to stand?

Or perhaps you are that mother who is at her wit’s end. You are about walking out on your family because you feel you are done.

Will you sit still for a moment and turn your gaze to the son of God?

Are you that mother that feels lost and broken? Or you are that mother who feels alone with no clue where life is leading?

Or you are just that mother who is tired and overwhelmed by the daily demands of motherhood.

A mother like you found strength and hope in the words spoken by the son of God.

Will you let the son of God be the focus of your life and motherhood today?

And yes, there is hope for the weary, broken, tired and hurting mother. Her hope is in the son of God who died that she might live.

Alleluia!! Death could not hold him captive. He is alive in us and we are alive in him.