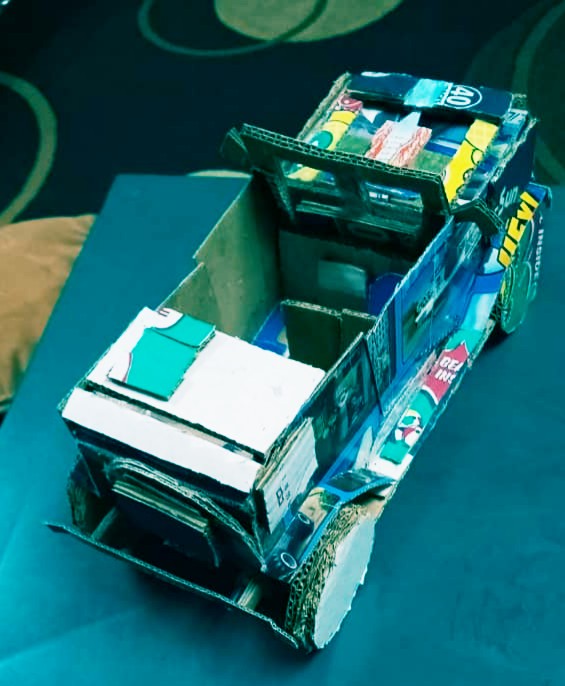 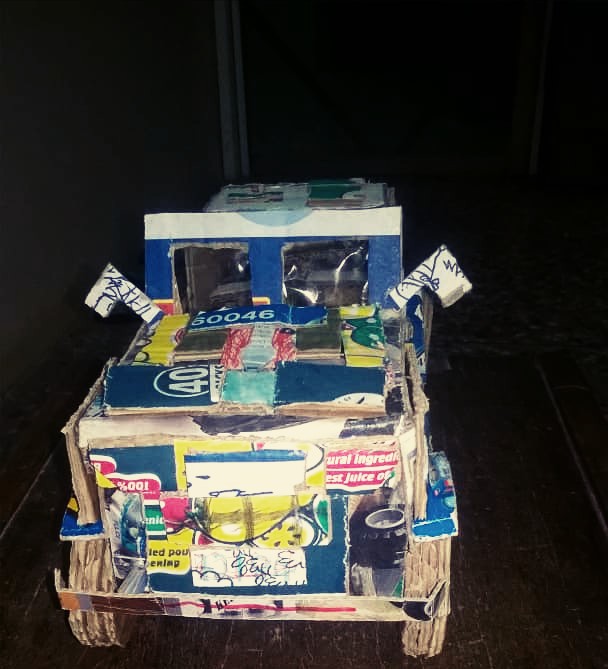 Ever heard of the acronym SLO?

I only learnt about it recently while reading a book ‘ PARENTING WITH LOVE AND LOGIC’ recommended by Chinyere Obinna in her Whats app group.

It has been an eye-opening experience for many of us in the group. We are unlearning, learning and relearning.

So what does SLO mean. It means SIGNIFICANT LEARNING OPPORTUNITIES. And with regards to children, it is about creating or using certain opportunities that show up daily to teach children life-lessons, build their character or simply drive home a message.

“Responsibility cannot be taught, it must be caught. To help our children gain responsibility, we must offer them opportunities to be responsible.”

This is one of many quotes from the book that will give you some deep thinking time about your journey as a parent.

A particular chapter I read in the book took me back to about 4 weeks ago. My 9-year old son was given a project work at school. His class teacher asked them to make a car using recyclable material (cartons).

As usual, my son came home excited and kept reminding me about his project. I was not particularly excited because I knew that bulk of the project work was on me. But I was wrong.

About a year ago, when he was in Basic 3, he was given something similar to do, but as at that time it was a house. So like the dutiful mom that I was, I set out to work. I shared the design I had in mind, cut the different parts of the house, glued them together and added my designs here and there, while he watched.

Our indomie- theme inspired house turned out well. His teacher picked it out as one of the best projects. We were excited that we pulled this one off, of course with my imagination and hands, not his. I was wrong again.

But this time around, while my son was whining about how he would not be able to make the car on his own, my husband who happened to hear him, told him immediately that there is nothing that he cannot do.

That was a teachable moment like Wendy Onyenezi-Ologe would say. My husband challenged our son, saying to him that he wanted him to create something using his imagination and experiences. He also told him that it was not about having the best project, but rather about learning to set a goal and achieving it.

I stepped aside at that moment and became a learner and observer in the series of events that followed.

My husband then told our son that he was going to make that car by himself. And that he will only be there to guide him. He also used that moment to teach him about the positive/negative sides of the internet.

He then handed him the phone, guided him on how to go on YouTube to search for the specific information he wanted.

My son chose a video that showed you how to make a car using cartons. He liked the car that was made in that video and over the next few hours that followed, he drew lines on his carton and mapped out different parts of his car.

My 9-year old was completely responsible for the design and implementation of his project work. Of course my husband had to step in to cut out parts of the car, that is because he did not want him handling a sharp/dangerous object all by himself.

The next day, after his dad helped him to cut out the various parts of the car, he sat down, and over the next few hours, glued and joined the pieces of his creation together.

I must say that it was amazing watching him build something from scratch to finish. The passion and dedication was something else. His dad challenged him and he realised that he was more than capable.

I was thrilled when he showed up with his finished product. He made a jeep and over the next few days, he spent his time putting finishing touches to his car.

He would come to me and say, ‘ Mummy, look where I will put the exhaust pipe. I would then ask, What will you use to make it? He says to me that he will use straws to make it’. I smiled and marvelled at the ideas coming from him.

He finally held up his car that weekend and said, ‘Daddy, I can’t believe I made this by myself’. He got cheers, hi-fives and bear hugs. But the next thing he said got me emotional.

He said to me and his dad that, before he started, he prayed to God to help him not to make mistakes and that God should help him make a good car. Of course God answered his prayer.

It was a special moment for me, because sometimes as a parent, it feels like the children are not learning as you model and teach, but I say to you, keep at it, they are definitely learning.

My husband held our son close and told him this, ‘ Nothing is impossible. Always know that there is nothing that you cannot do if you put your heart to it.’ He also told him that sometimes, you can improve on someone’s idea and create something beautiful.

The next morning, before he left for school, I asked him to share with me 3 lessons he learnt from the experience. He said to me,

– I can do anything if I put my heart to it.
– I must always believe in myself.
– I can achieve anything.

When he arrived at school with his car, his friends were blown away. They did not believe that he made the car. They all ran to me and asked me if he really made the car by himself. I told them that he did.

You can now see why I said I was wrong initially. I could easily have thought out a car design and set out to work like I did last year. He would have been excited at the finished product, but the truth is that I would be the one who got the job done, not him.

His mind and imagination would never have been engaged. Now you can imagine the significant learning opportunities he could have missed and the teachable moments we would have missed as parents.

So, can I ask that you let your child/children be. Let them discover themselves through play, craft and books.

Let them develop critical thinking skills through tasks and projects.

Let them use their imagination to create their own masterpieces.

Let them try and fail and learn about the beauty of hard work and the power of persistence.

Let them see that they are capable of more.

I will end with these quotes by Sam Adeyemi.

‘Your imagination gives you the opportunity to travel into the future.’

‘With your imagination, you can enter places you have never been and you can see answers and solutions.’

‘What goes into a mind comes out in a life. So if you can influence minds positively, you have influenced generations.’

N.B He used the carton pack from one of his old lego toys. He loves legos a lot. That is one toy that can keep him engaged for hours.