Skip to Content
Home / Motherhood / Are You Pointing Your Children In the Right Direction for Their Lives? 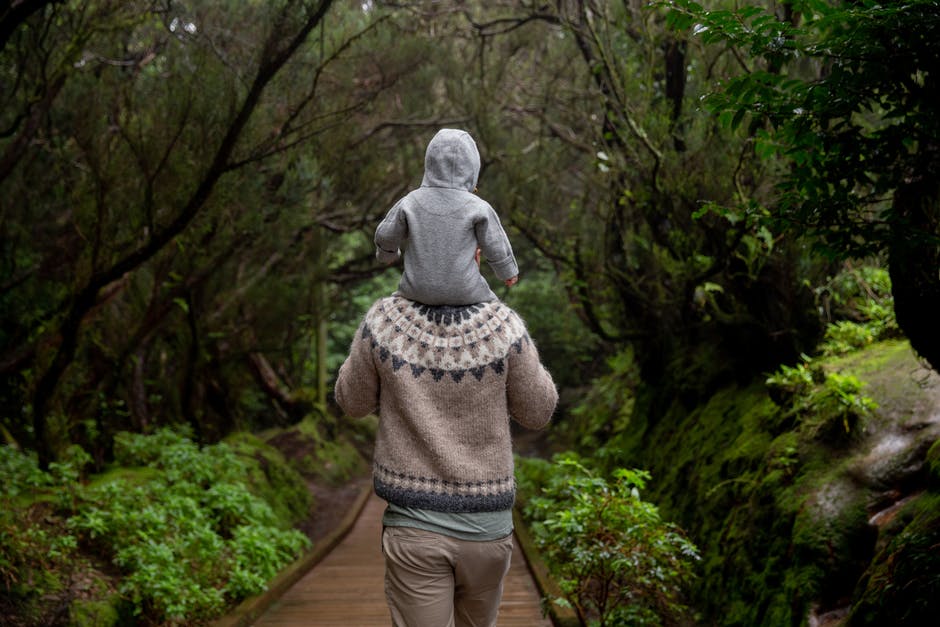 Are You Pointing Your Children In the Right Direction for Their Lives?

But first let me let you in on this sad event that took place some time ago in my country. The lips of many were left with this question when this story hit the airwaves – Who raped and killed a 22-year old female undergraduate named Uwaila Omosuwa in Benin city, Nigeria?

That question remains unanswered at this moment. But what we do know is that she was raped, and she was hit with a fire extinguisher on the head and left to die in a pool of her own blood. It is  also so scary to think that all of these happened inside the four walls of a church behind closed doors. A house of worship instantly became a murder scene, just because demons in human form came visiting that day.

Who could have been so heartless to carry out such a wicked act. Was it a lone young man? Or were they many young men who acted out a well-planned out script? Our many questions awaits answers.

In recent times, the news media has flooded our TV screens and mobile phones with news about several RAPE cases. And many of these cases happen to be against minors. I, for one has had my heart broken at the thought of the pain and trauma some of these young rape victims may be passing through.

So who is a rapist? And who is a murderer?

A rapist is a person who forces someone to have sex with them while a murderer is a person who kills another human being unlawfully without justification or valid excuse.

We have heard of fathers raping their young daughters, teenage boys and adult men defiling little children. There are also cases of husbands raping maids and stories of victims waylaid on the road and raped brutally. Some of these girls have died from the trauma of the event. We have also seen the tables turned, where women/girls are the rapists molesting young male children.

Sadly today, many of these rapists have evaded justice and are walking free in our cities. Others have gone into hiding, while some are out there looking for the next victim to attack. Yet our government and lawmakers remain silent, and are yet to tackle these horrible acts with tough measures and laws against people who carry out such inhumane acts.

It is sad to think that some of these men (rapists) who carry out these terrible acts, grew up in a home and family setting. They have fathers and mothers who raised them. And even when their parents were missing, there must have been an adult or a parent figure in their lives who ought to point them in the right direction for their lives.

However, the story is different today. Many families and caregivers have derailed from the true intent of parenthood. And all of this brings me to this question.

Are you pointing your children in the right direction for their lives? 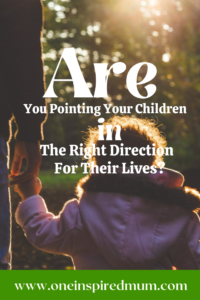 The foundation of a child’s worldview, mindset, values, spirituality and character are formed in the early years in a family or home setting. A family will always remain the first and most important unit of any society.

It is in a family that souls are nurtured, values are formed, lives are given direction, destinies are revealed and purpose is discovered.

But unfortunately, our society today is riddled with truant children, miscreants, unruly children, child molesters, cultists, kidnappers, gamblers, prostitutes, drug addicts and rapists. A lot of young people today are living with no sense of value, character and purpose.

Many of them have parents and grew up in a family setting. What do you think could have gone wrong in these families? What kinds of seeds were planted in the lives and hearts of these children? Were these parents the kind of role models their children could look up to? Who and what influenced their choices, beliefs and decisions?  Whose life and actions in their families has led them into the valley of destruction?

A child is a gift from God entrusted to you as a parent. You have the sole responsibility to raise that child God’s way and point him towards the right path for his life. It is not the duty of the school, church, environment or government to raise your child.

You are your child’s first and greatest influence.

The bible tells us this.

Train up a child in the way he should go; even when he is old he will not depart from it. Proverbs 22:6 ESV

Point your kids in the right direction— when they’re old they won’t be lost.
Proverbs 22:6 MSG

Teach your children right from wrong, and when they are grown they will still do right. Proverbs 22:6 CEV

Dedicate your children to God and point them in the way that they should go, and the values they’ve learned from you will be with them for life. Proverbs 22:6 TPT

I particularly like The Passion Translation. If you take a minute to ponder on that scripture, it will leave you with this question, that I believe every parent should think about deeply.

Are you pointing your children in the way that they should go in life? Or are you leaving them to walk alone towards destructive paths? 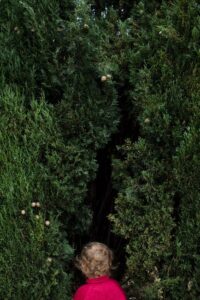 And it is not just the way your child thinks that he should go. It is your duty to guide him in the right way to go, which of course is God’s way.

The second part of this scripture says this, ‘And the values they have learned from you will stay with them for life.’ So, I want to ask you this today.

What do your own values, beliefs and character look like as a parent? And how are you influencing your child?

Are you teaching your children hate, laziness, injustice, malice, jealousy, greed, anger, violence, wickedness and selfishness through your own life and actions? The truth about life is that you cannot give what you do not have.

A parent who is empty spiritually, emotionally and psychologically will have nothing of value to pour into the hearts and lives of his children.

A mother or father without values and character will have nothing to teach and model to his child.

If you as a parent has no existing relationship with God or a deep conviction about God and his word- how then can you show your child what God expects from us to live and thrive as his children? Think about this.

It is on your ship as a parent, that your child will learn to sail on life’s waters. And the values and lessons which they have learnt from you will be with them for the rest of their lives.

Those values will help them know the difference between right and wrong. It will help them to always discern between good and evil. And also help them make wise choices in life.

The values you teach and show them will help them stand firm in the midst of adversity. Those values will shape their thinking and belief system. It will also help to build their faith and trust in God.

The values you model to them will help them discover themselves and find their own path in life. It will show them how to respect and treat humans right.

So while we are left wondering, at how and why many of these young men and women in our society today have chosen to walk treacherous and dangerous paths – let us ask ourselves as parents, caregivers, teachers and leaders in authority this fundamental question.

Are you pointing your children and those children in your circle of influence in the right pathway for their lives?

I leave you with these powerful quotes.

“The conscience of children is formed by the influences that surround them; their notions of good and evil are the result of the moral atmosphere they breathe.” Jean Paul

“If you have children, you know you’re responsible for somebody. You realize you are being imitated; your belief systems and priorities have a direct influence on these children, who are like flowers in a garden.” Madonna Ciccone

“Children are easily influenced, and I always want to do things I can be proud to show my kids someday.” Faith Hill