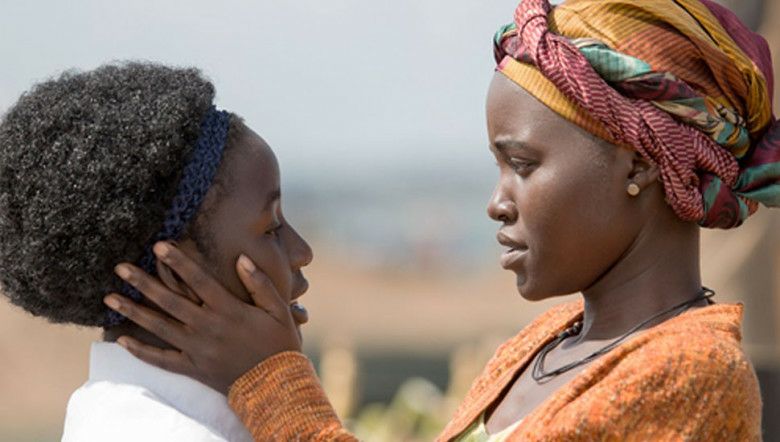 One great way to relax is to watch a good movie. However, beyond seeing the movie, I always like to watch out for lessons I can learn from that movie. Here are 7 Insightful lessons from the movie ‘ Queen of Katwe’ .

One unforgettable line from the movie is this – “Sometimes the place you are used to is not the place where you belong”. These words are perhaps the most quoted and remembered from the movie, “Queen of Katwe.”

The movie is a beautiful true life story about a young girl, Phiona Mutesi, who grew up in the slums of Uganda. The movie takes you on a journey of how an encounter with the game of chess and the support of a coach completely changed the life of this young girl.

But my focus is on Phiona’s mother, Harriet Mutesi, a role played beautifully by Lupita Nyong’ O and the many lessons we can learn from her as mothers.

Some minutes into the movie, you are introduced to the fierce and protective side of a mother, when Harriet confronts a man preying on her older daughter. Harriet was a young widow with 4 children. She had also previously lost a child and was struggling to survive with her children as they barely had enough to go through each day.

I watched with movie with my ‘Mother Eyes and Heart’ and extracted these 7 Insightful Lessons to help you in your motherhood journey.

7 Insightful Motherhood Lessons From The Movie “Queen of Katwe”

1. NEVER LET THE PAST DETERMINE THE FUTURE YOU CAN GIVE YOUR CHILDREN.

Phiona’s mother, Harriet held on to the believe that life had nothing better to offer her anymore because of her past and the experiences she had been through. Her past and struggles had become a limitation in her mind. And just because her own dreams never came to pass, it was hard to let go of what she was used to and believe for greater things for her children.

2. FIGHT TO REMAIN STANDING IN THE MIDST OF LIFE’S CHALLENGES.

This mother sold maize to survive. She struggled through each day to feed her children and was eventually thrown out of the place she called home. In a split moment, she and her children had become homeless with no place to lay their heads. They held each other close walking slowly into the night with no hope of what was ahead of them. That particular scene in the movie brought tears to my eyes. I saw how a mother’s limits can be tested. Yet she kept fighting and holding her family together, trusting that something good would happen.

There is a scene in the movie where Harriet meets a man from many years ago. They were from the same village and had known each other long ago. And it was obvious that this man liked her. She was in his shop to sell off a valuable piece of fabric in exchange for money. She states her price and
this man promises to increase the money, if she agrees to sleep with him. Harriet refuses, collects the original amount agreed on and walks away with her dignity intact. A mother’s values was put to test and she triumphed. What values are you teaching and modelling to your children?

4. LEARN TO LISTEN TO YOUR CHILD/CHILDREN.

When her son spoke to her about giving Phiona, his sister a chance at this new game of chess, she had her fears but she listened. This is because her next course of action tells us that she listened to the words her son spoke to her. A mother’s heart was made to listen. And when we listen, we can act as guides for our children, leading them towards their God given path. Wisdom and insight always shows up when you listen as a mother.

5. ALWAYS BE WILLING TO HELP YOUR CHILD/CHILDREN GO FOR AND PURSUE THEIR DREAMS.

Phiona needed to read and learn more about the game of chess, but they lacked enough oil to keep the lamp burning at night. Remember that valuable fabric I wrote about earlier, her mother sold it off and had some money to buy extra oil. With this, Phiona could now read at night. This mother gave up something of value to help her daughter pursue her dreams. Will you be willing to give up something in a certain season of your life to help your child pursue their dreams?

6. NEVER GIVE UP ON A STRAYING CHILD.

Phiona’s elder sister shows up after running away with a man and says that she is pregnant. Her mother Harriet still takes her daughter in with open arms. This particular child gave her a lot of trouble, kept her awake and worried at night. She had left home and gone to live with a man and this was enough to shut her out of her life. Yet, she did not. The selfless love of a mother prevailed. A mother’s love is so powerful and can penetrate the heart of a straying child and work wonders. Have you given up on that stubborn, troubled and straying child?

3 Quick Ways to Get Inspiration as a Mom

7. BELIEVE THAT YOUR LABOUR FOR YOUR CHILDREN WILL NOT BE IN VAIN.

Phiona once told her mother that she will buy her a house day. Those words Phiona spoke eventually came to pass. She bought a house for her mother. Just imagine how powerful our words are.

There is a beautiful moment in the movie where Harriet is brought to tears, while standing in front of the house Phiona had bought for her. She must have remembered the words her daughter spoke sometime ago. Those words echoed in her heart and she let the tears roll. This mother was a strong woman, a fighter, a protector and a giver who had walked through many challenges to get to this point.

She had labored to keep her family together and despite all odds, she triumphed and her daughter’s success eventually wiped away her tears. Her labor of love, hope and faith over her family was not in vain.

Have you seen this movie? What lessons did you learn?